July is BIPOC Mental Health Month. This month, we take the time to reflect on the importance of mental health for Black, Indigenous, and People of Color (BIPOC), highlight some of the specific issues affecting BIPOC communities and discuss what we can do to address them.

This year’s BIPOC Mental Health Month theme is “Beyond the Numbers.” Beyond The Numbers explores the uniqueness that exists in BIPOC communities and aims to raise awareness of the challenges that they face when it comes to mental health. 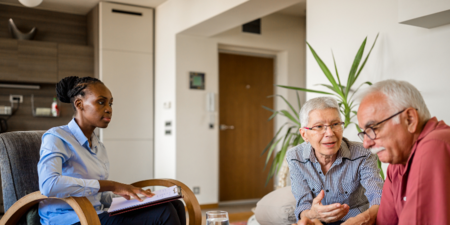 For members of the Black, Indigenous, and People of Color (BIPOC) community, mental health is a complex issue. They experience unique challenges and stressors that can impact their mental wellbeing.

In addition, BIPOC people are often underrepresented in mental health research and treatment. As a result, they may not have access to culturally-competent providers or resources that meet their specific needs.

BIPOC children, on the other hand, frequently face psychiatric and behavioral difficulties that lead to school punishment or confinement; nevertheless, they are rarely treated for mental health issues.

The findings of this report reveal that BIPOC youngsters were in more risky situations for mental health yet were less likely to receive therapy.

Society’s stigmas on mental illnesses are also a significant concern for many people who fear being judged or exposed. More than 80% of Black Americans are concerned about the stigma linked with mental illness and feel hesitant to get treatment.

There is no denying that racism is a genuine problem in our society. It can manifest in overt acts of violence and bigotry in more subtle forms of discrimination and exclusion. Unfortunately, racism can also take a toll on mental health. Studies have shown that people of color who experience racism are more likely to suffer from anxiety, depression, and post-traumatic stress disorder.

They are also at greater risk for alcohol and drug abuse and suicide. In light of these findings, it is clear that racism is not just a social problem but a public health crisis. Fortunately, there are steps that we can take to address this issue. By raising awareness and promoting cross-cultural understanding, we can help to build a society that is more inclusive and accepting of all people.

Individual racism refers to the attitudes, beliefs, and actions of individuals that support or perpetuate discrimination and prejudice against people of other races. Systemic racism, on the other hand, refers to how racist policies and practices are embedded in institutions and systems.

Individual racism can be conscious or unconscious and manifest as personal bias or discriminatory behavior. Systemic racism, on the other hand, is often invisible and often operates at a level beyond individual intention or control.

While individual racism is clearly a problem that needs to be addressed, systemic racism is often more pernicious and difficult to change. Systemic racism can take many forms, including unequal access to education, employment, and housing; segregated neighborhoods; police brutality; and the mass incarceration of people of color.

Because systemic racism is so deeply entrenched in our society, it will take significant effort to dismantle it. However, this work is essential if we are ever to create a truly just and equitable society.

Some examples of individual racism include:

• Refusing to hire or serve people of other races

• Discriminating against people of other races in housing or education

• Physically assaulting or harassing people of other races

Systemic racism can take many forms, but some examples include:

• Police brutality and mass incarceration of people of color

• Unequal representation in government and media

Racial trauma is a type of psychological trauma that can occur when an individual experiences or witnesses racism. Symptoms of racial trauma can include anxiety, depression, intrusive thoughts, flashbacks, and dissociation. Treatment for racial trauma is important as it can help individuals cope with their symptoms and heal from their experiences.

There are many different types of racism, and each can lead to its own unique form of trauma. Some common examples of racism include microaggressions, discrimination, and hate crimes. Racism can occur in overt and covert ways and can be directed towards individuals or groups of people.

Racial trauma can have a significant impact on an individual’s mental health. Symptoms of racial trauma can include anxiety, depression, intrusive thoughts, flashbacks, and dissociation. These symptoms can be debilitating and make it difficult for individuals to function in their everyday lives.

Racial trauma is something that can happen to anyone, regardless of race. It’s important to seek help if you’re struggling with racial trauma because it can lead to serious mental health problems.

Don’t be ashamed to seek treatment for racial trauma. Many resources are available to help you heal and move on from your experience. Seek out a therapist or counselor who can help you process your trauma safely and healthily.

Treatment options for racial trauma include therapy, medication, and support groups. Each individual will respond differently to treatment, so it is important to find what works best for you.

Mental health is an essential issue for everyone, and there are many ways we can support the BIPOC community regarding mental health. Some ways include:

• Speaking out against racism and discrimination

• Educating ourselves on the effects of systemic racism

• Checking in on our BIPOC friends and family members

Despite the challenges, there are things we can do to support our mental health. Here are some #ToolsForWellness:

-Talk to someone you trust about your experiences and feelings. This could be a friend, family member, therapist, or counselor.

-Connect with others in the BIPOC community. Sharing our stories and experiences can help us feel seen and heard.

-Practice self-care. This looks different for everyone but can include things like exercise, relaxation techniques, and healthy eating.

– Seek professional help if you are struggling. There is no shame in reaching out for help. A therapist can provide support and guidance as you navigate your mental health journey.

If you have experienced racial trauma and are struggling with your mental health, or if you are just stressed and need someone to talk to, contact Serene Health. We offer a variety of behavioral health and mental health services and also have flexible appointments available through our telehealth platform. You can speak to a therapist online from the location of your choice. Call us at 844-737-3638 or visit www.serenehealth.com to book an appointment.